Do not worry, no spoilers here.  “The Night Circus” is an evocative, tension building love story, set to the backdrop of an otherworldly event.  Two magicians, Marco and Celia, who unbeknownst to them, have been entered into a competition from which there is no escape, back when each of them were children, utterly unaware of such.

One, an orphan, the other, nearly as much so in how cruel and contemptuous their singular parent was.  Both Marco and Celia have been training since they can both remember.  Preparing for a competition or challenge for the whole of their life.  The details of which remain veiled.

One training is laden with a seeming endless amount of reading, research, writing, travel, and study.  The other, more hands on with illusions, the altering of reality, and incantations, if you will.  These two illusionists are bound to one another in a duel with no conclusion- yet they do not yet know this.  The only possible ending is one of their demise.  And then of course, the twist.  On finally meeting and getting to know one another, they fall in love.  Yet, neither knows of the caveat with regards to the singular way in which their mysterious competition of sorts can possibly conclude.

If Harry Potter is a G and PG rated tale, the Night Circus oscillates between PG-13 and occasional R.  It is the darker, more sensual and lush cousin to J.K Rowling’s series about a boy wizard navigating both his coming of age and an inevitable battle into which he was born into and thrust.

For me, where Night Circus excels is imagery, which is spellbinding.  All of the magic and bewitching scenes within this book, managing to lift the heart and play to the hopeful, excitable child and romantic in all of us.  The moments of illusion, the scenes and scents of the circus, the way Marco leans in to kiss a love interest and, on opening her eyes, finds herself no longer in the rainy, dimly lit back alley of London in which they stand, but instead in a silent, tree shrouded wood. 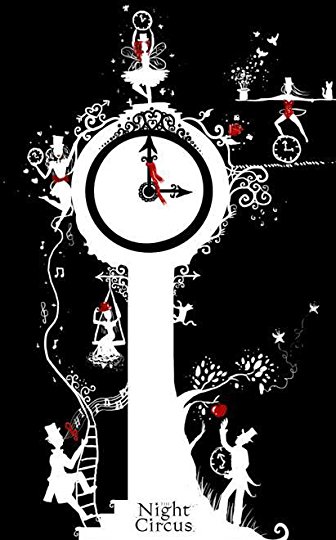 All of this and more, making The Night Circus bewitching and awe inducing.  The story is a wildly fun read, overflowing with engaging sensory details.

If you liked Harry Potter, you’ll love this.  Its the hard alcohol version to Harry Potter as a mocktail 😉

Click on the cover image to grab your own copy!

More from Brunches and Books